The taskbar is one of the most used and always visible areas of Windows operating system. As you likely know, the taskbar was overhauled in Windows 7 to bring new functionalities, look and feel to the taskbar.

The taskbar in Windows 10 although is not very colorful like it was in Windows 7/8 and looks slightly different because of the search box and dark theme, it behaves more or less the same.

If want to have full control over the taskbar and want to change the default behavior of Windows 10’s taskbar, you can now use the free 7+ Taskbar Tweaker.

7+ Taskbar Tweaker, the popular taskbar tweaking utility, has just been updated to support in Windows 10, and is now available to download for everyone. 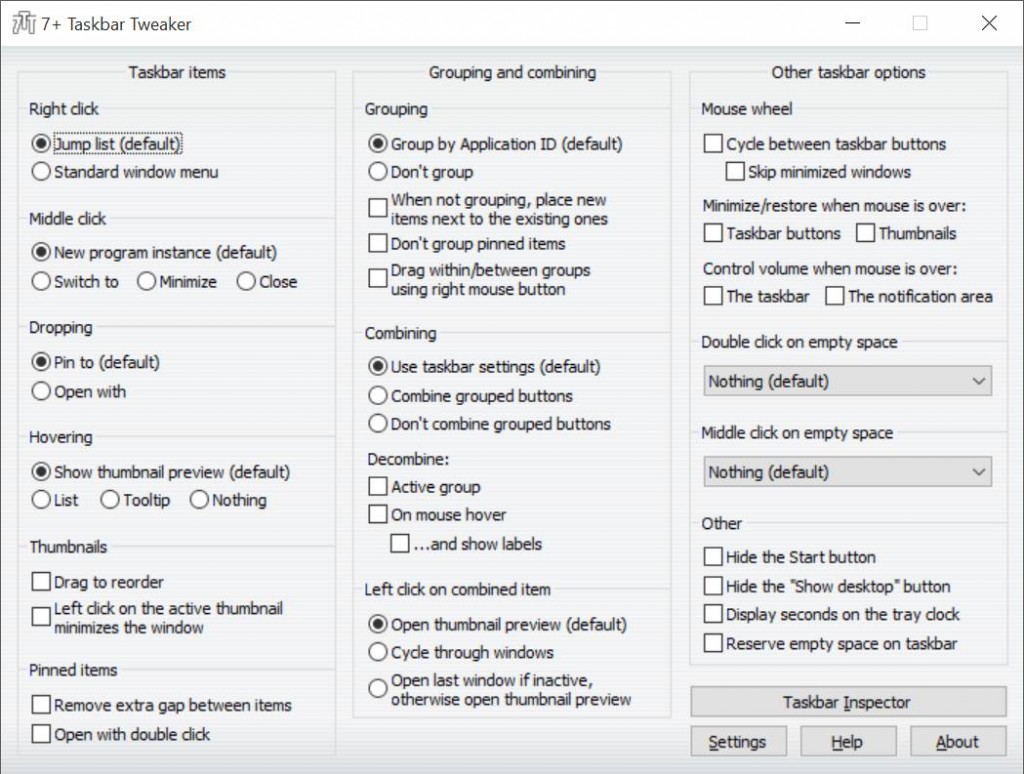 Like the previous version of the software, you can configure what happens when you right-click, middle click, and hover on taskbar items. You can also change the default settings of thumbnails, pinned items, drag-drop behavior, grouping, and combining.

Visit the following page to download the latest version of 7+ Taskbar Tweaker for Windows 10.

Please note, while installing, you can select portable install of the software to use 7+ Taskbar Tweaker without an installation.