From the out side, the all new Windows 7 closely resembles its predecessor Windows Vista. The major change that you will be able to see at first, in terms of UI, is the new taskbar also known as superbar, which now offers much more than the plane taskbar of Vista.

There are sheer amount of features and tweaks under the hood. In terms of features and usability Windows 7 is the un-challenged OS till date. If you have been running Vista, then obviously you want to know difference between Vista and Windows 7, before making the wise decision.

In our humble opinion, Vista is no match to Windows 7 in terms of user interface, features and safety. In fact, there is not even a single department where Vista excels Windows 7.

Windows 7 is much faster than Vista on the same hardware. Hardware manufacturers have already rolled out drivers compatible with Windows 7.

Key differences between Windows 7 and Vista

The list below takes you through a list of major Windows 7 features that are not available in Vista.

Simply put, Windows 7 is much faster, safer and better than any OS out there including its predecessor Vista. 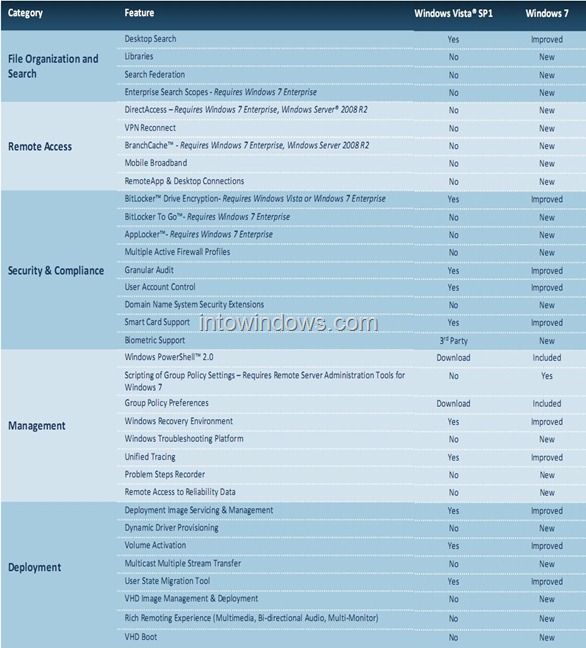 Apart from all the changes that we have mentioned in the above list, there are many small, new features exist in Windows 7, which can only be experienced by installing Windows 7.

You can also refer our difference between windows 7 Home Premium, Professional, and Ultimate editions to know more about Windows 7 editions.