You are here: Home » Vista Tweaks » How To Know The Amount Of Disk Space Used By System Restore In Windows Vista
RECOMMENDED: Download this PC Repair tool to quickly find and fix Windows errors automatically

Step 2: Type the below mentioned command in the opened Command Prompt:

Step 3: Once you hit enter, Windows will display a detailed report about the amount of hard disk space being used for System Restore service. The report will be similar to the below one: 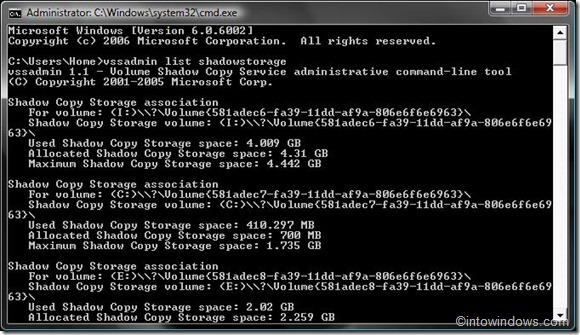 Maximum Shadow Copy Storage space shows the maximum amount of hard disk space that can be allocated for the particular drive.